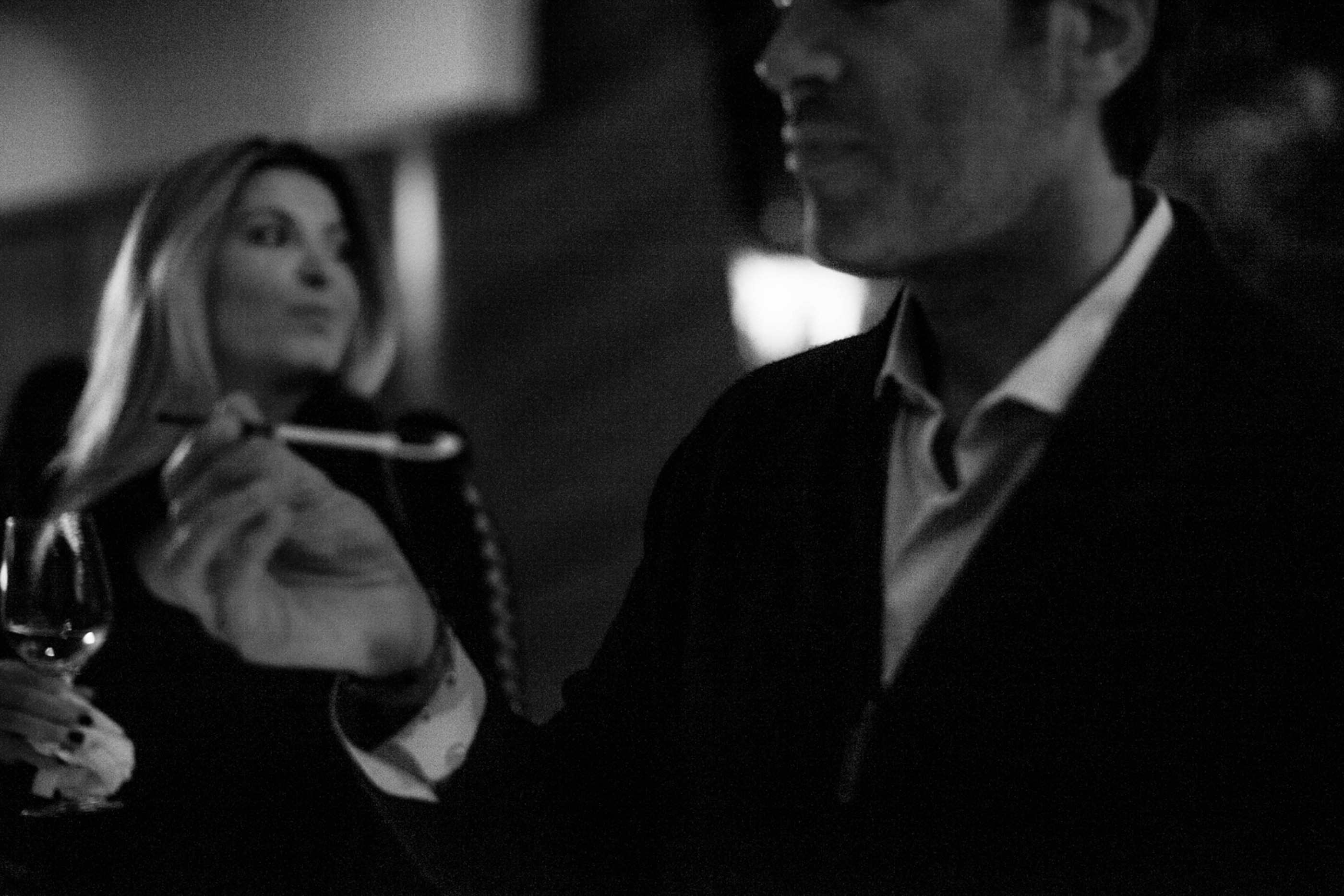 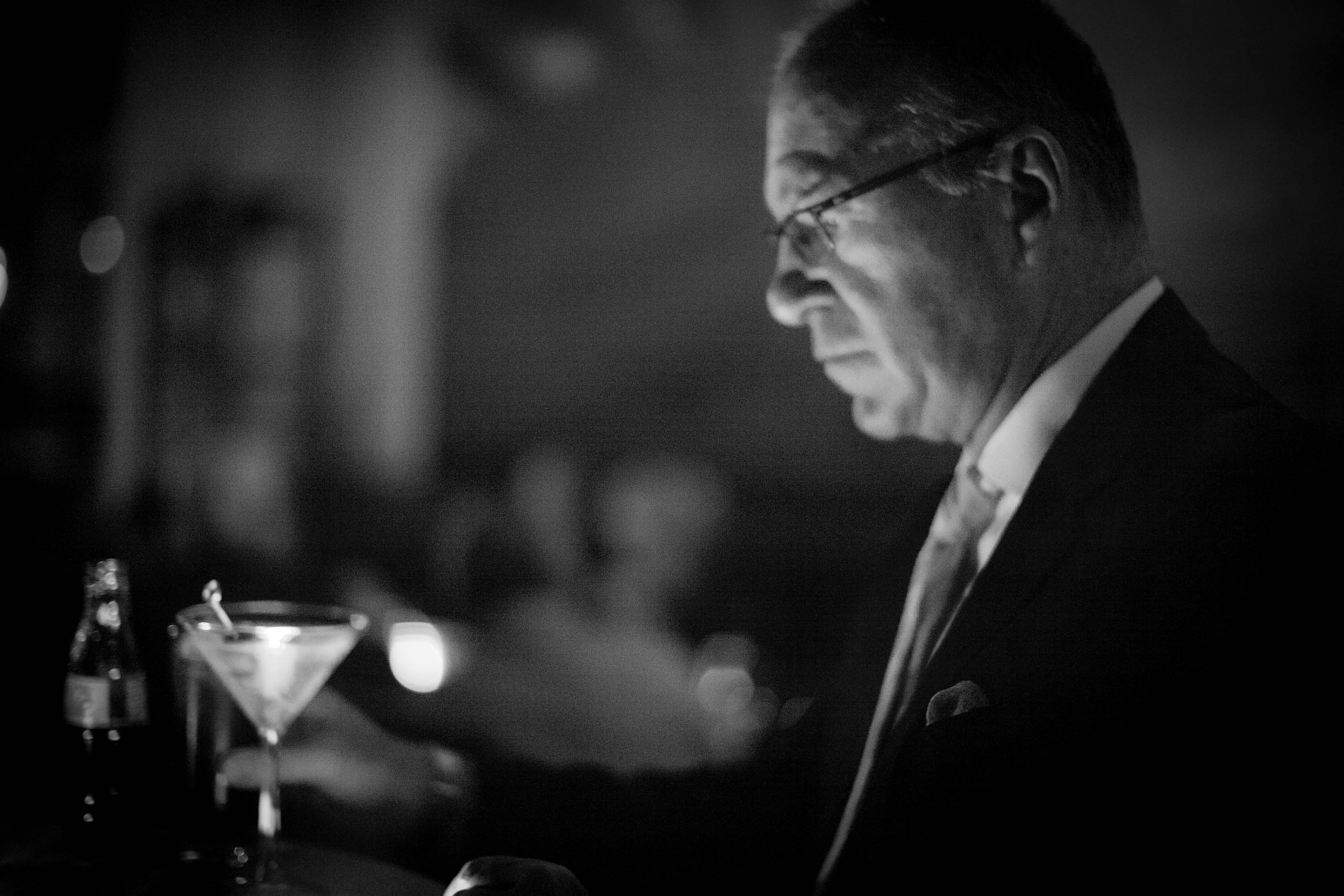 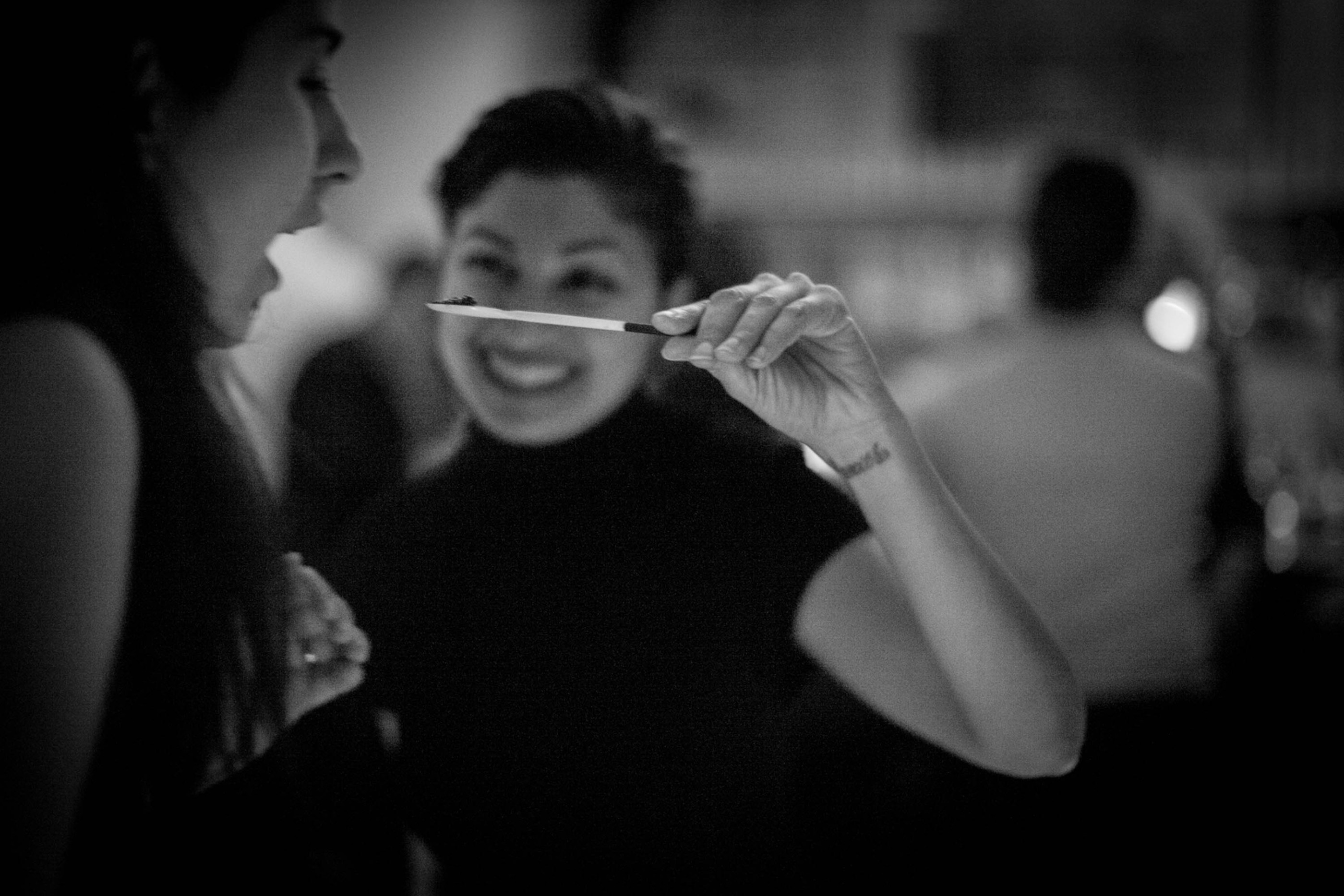 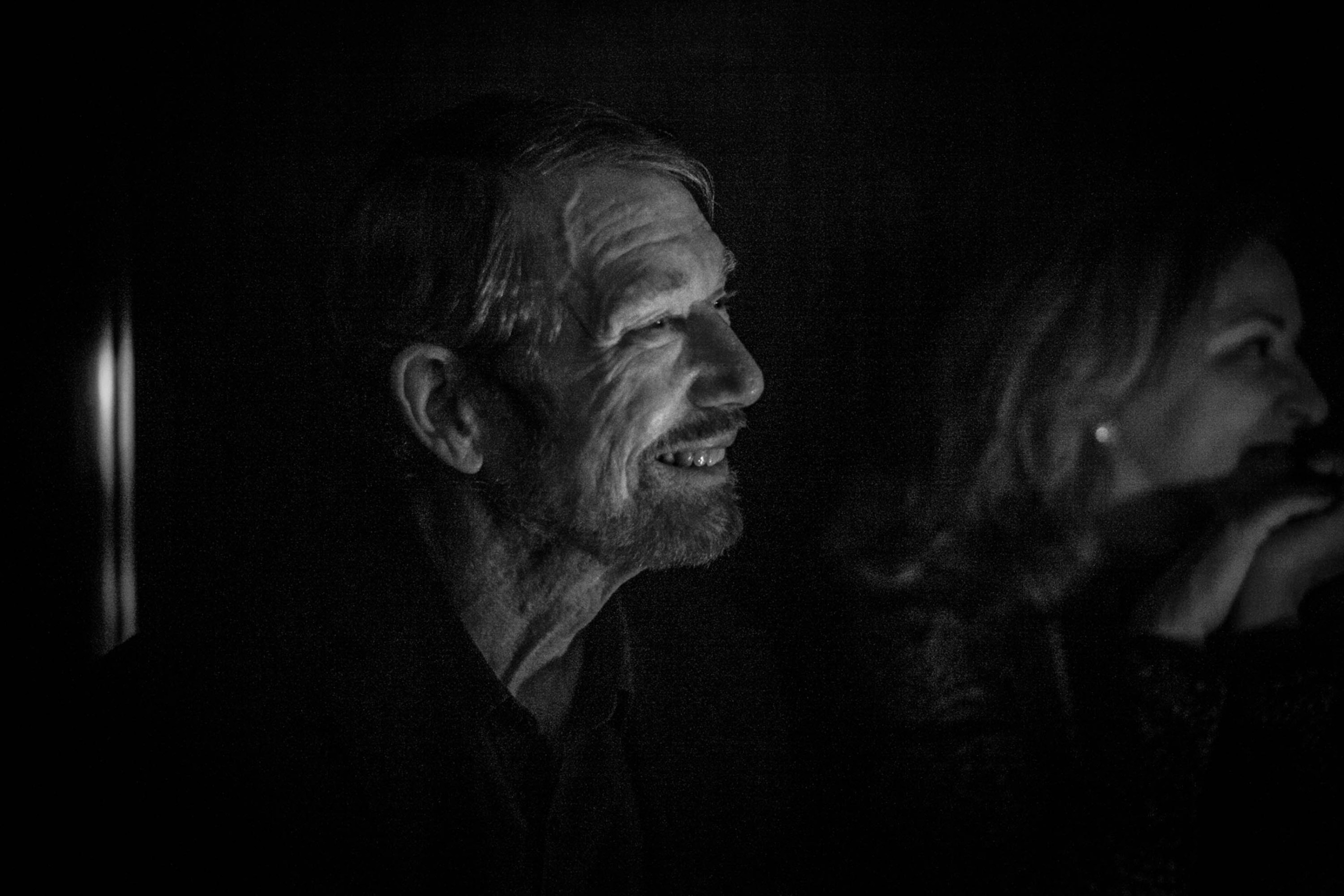 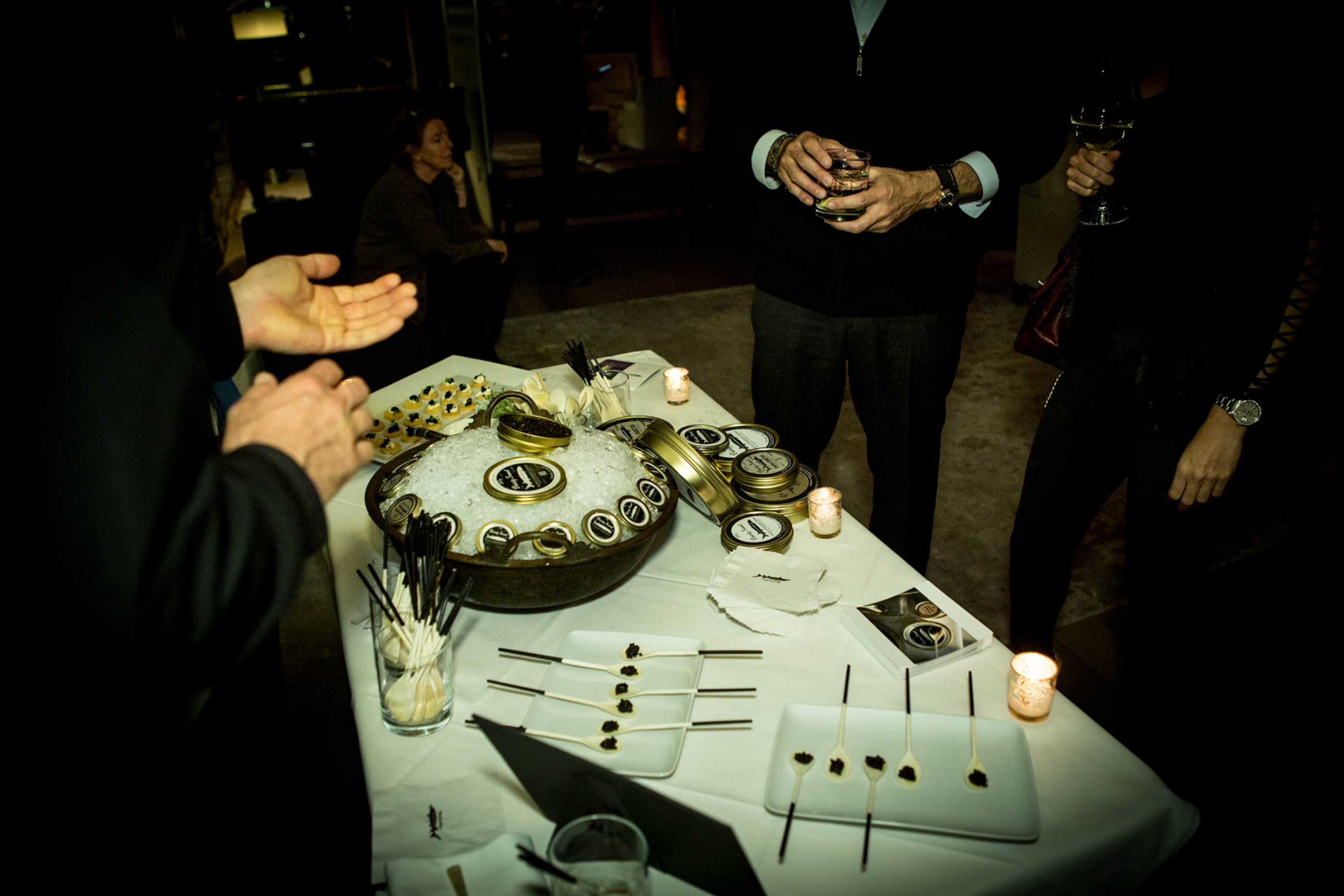 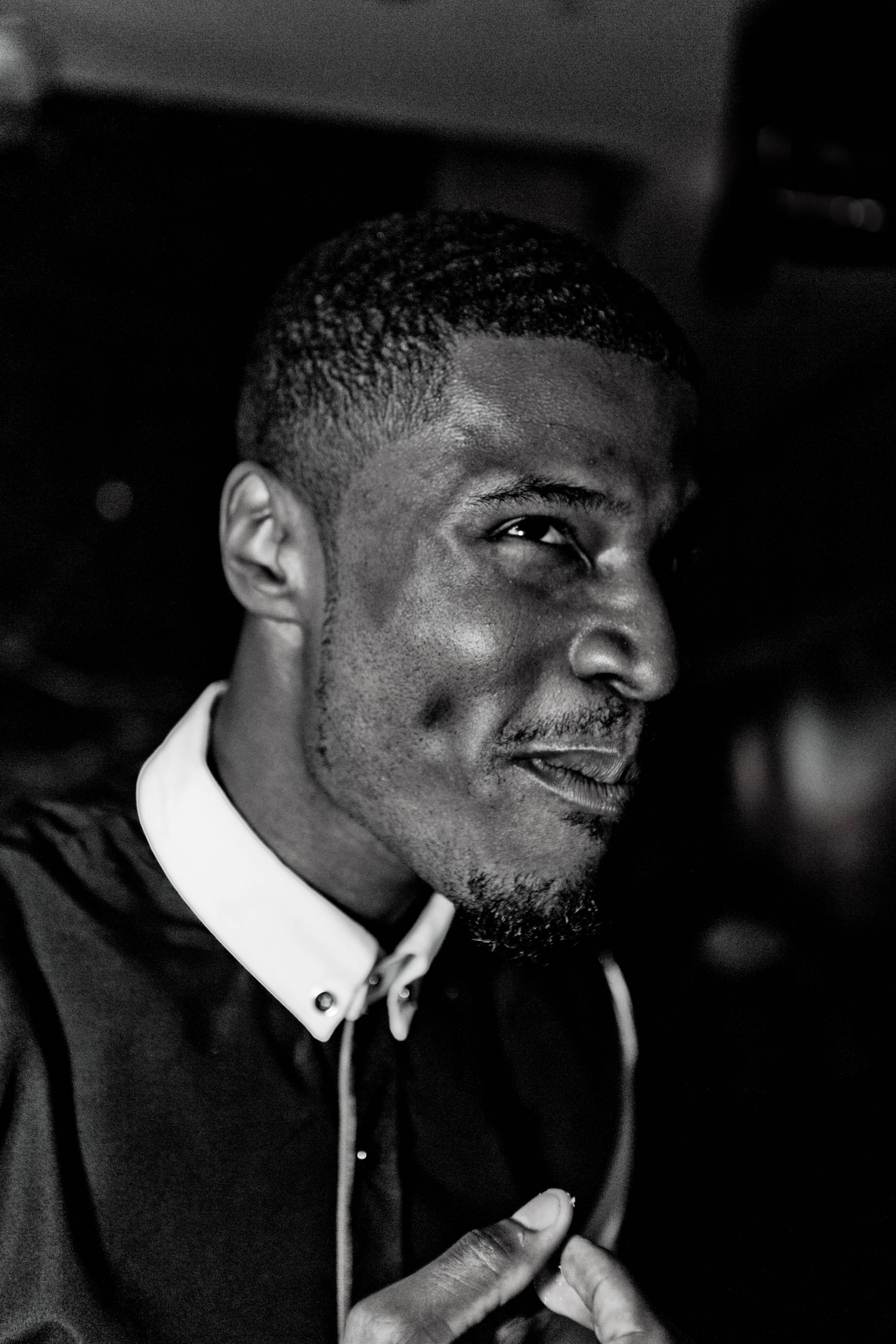 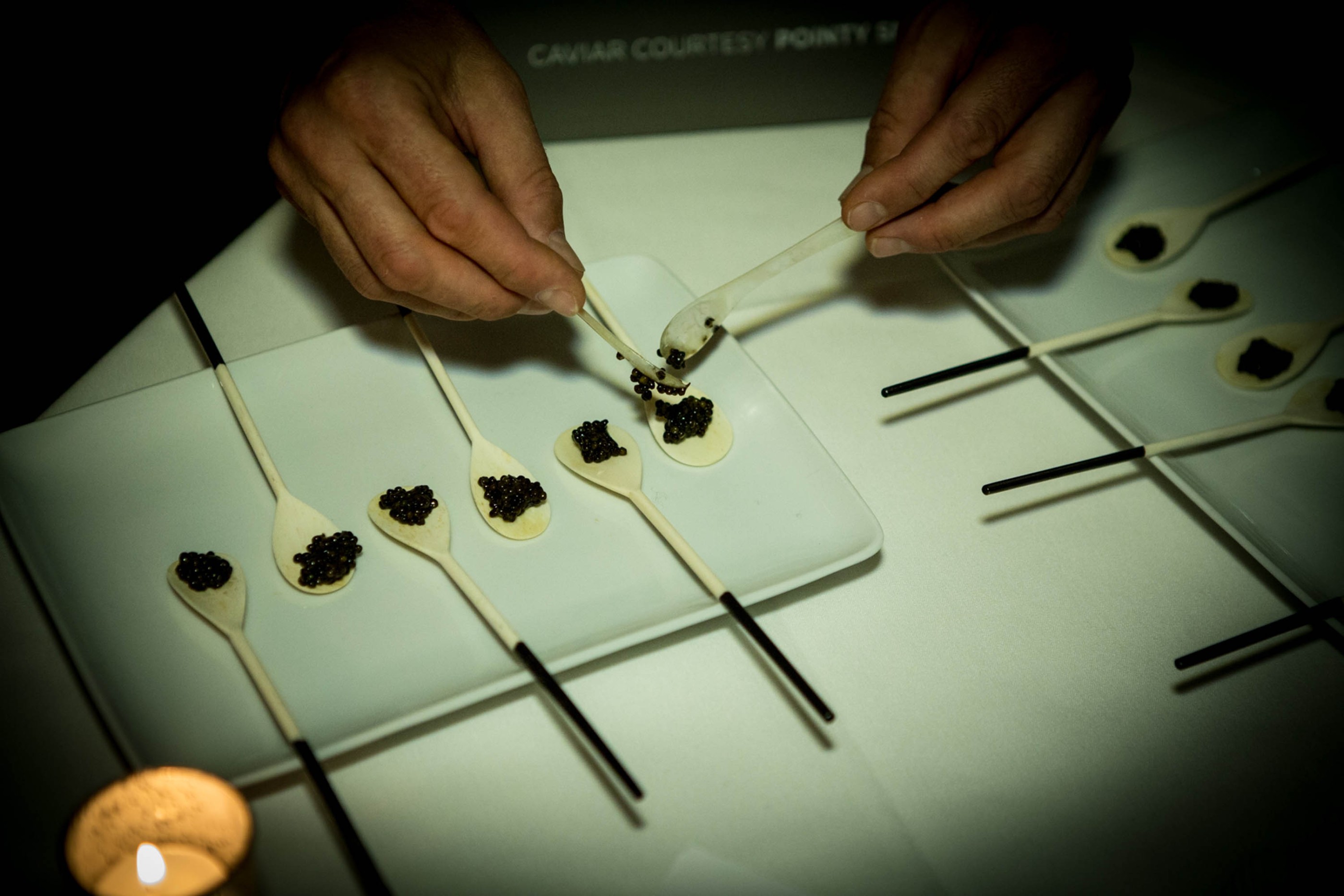 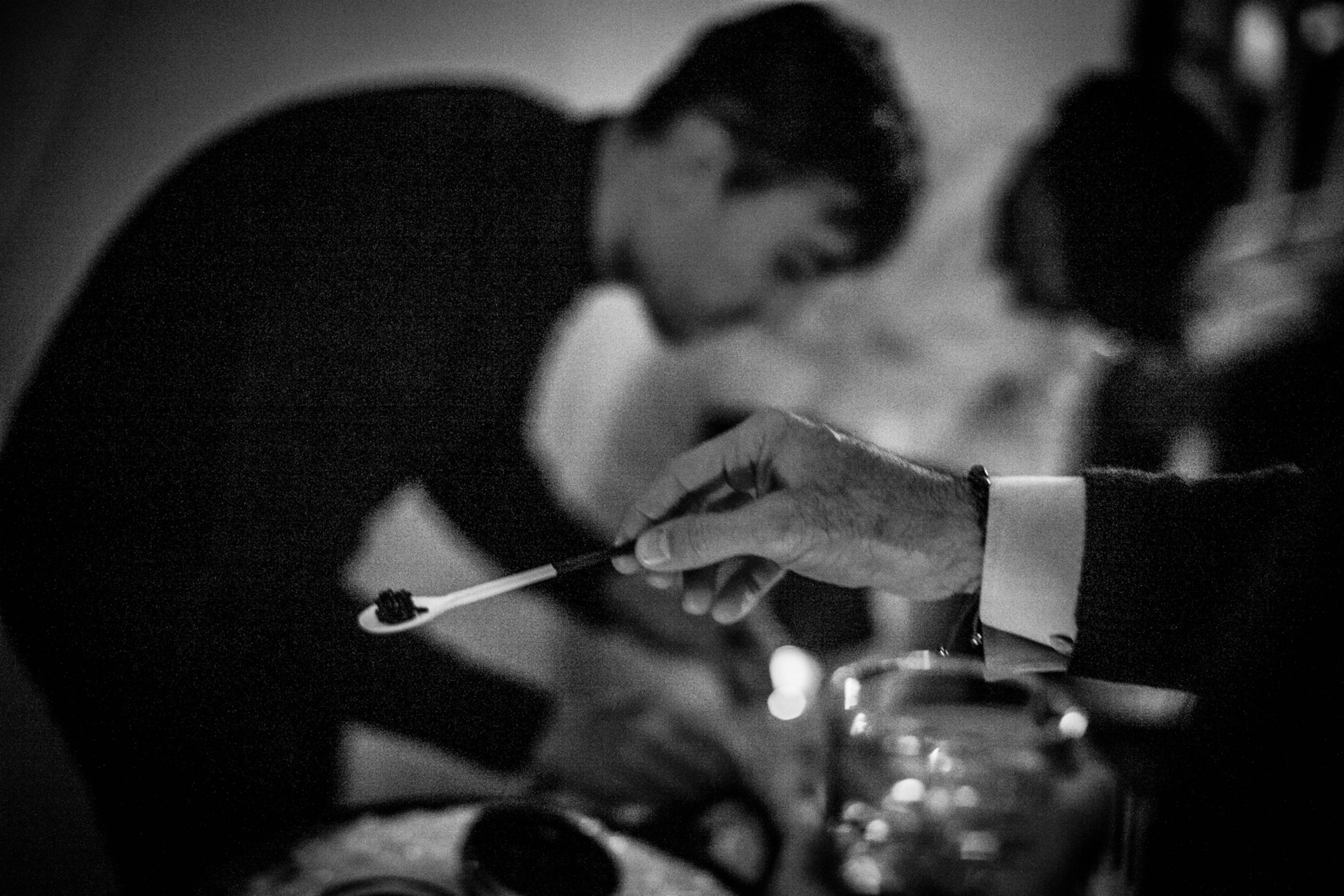 Down to The Core: Caviar + Comedy at The Core Club

Making it possible to savor caviar without a side of guilt are a new generation of roe purveyors such as Pointy Snout, which prides itself on sustainable practices as well as a modern fusion of the precious and the playful.
— Stephanie Murg, The Line

Given our love of whimsy, the pairing was inevitable. In October, Pointy Snout accepted an invitation to hook up with comedy—specifically, the exuberant performances by seven stand-up comedians at New York’s exclusive Core Club. We staged our signature Pointy Snout Caviar Bar as a unique complement to the night’s spicy atmosphere. We served caviar in a point-counterpoint rhythm with the performers. Like the best of live comedy, caviar really shines as an interaction with the “room”—the servers, the people, the rolling noise, the stuff itself, honed down to an intense essence. Comedy and caviar—each a delicacy (if one less obviously so than the other). Each, through different cues, capable of unleashing deeply held notions about luxury and life.

The experience of savoring, laughing among friends, letting loose: Comedy Night and Pointy were made for each other.